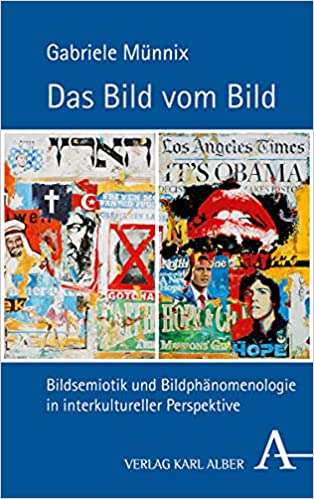 Images shape how we perceive reality, how we think and feel, and how we live together. Gabriele Münnix shows that cultural traditions play an essential role in these processes. Her book is about providing an overview of the different ways of dealing with images. She presents authoritative approaches to the philosophy of images such as those of C. S. Peirce, Edmund Husserl, Martin Heidegger, Jean-Paul Sartre, Nelson Goodman, Maurice Merleau-Ponty, Michel Foucault, Jacques Derrida, Umberto Eco, and of others. What is new in her analysis is the inclusion of the intercultural perspective, which makes a new approach to the controversies about the nature of the image as signs or as presence possible that can also be effective in establishing a relation between philosophy of religion an undogmatic metaphysics.

This book delves into an issue of the highest relevance. If it is true that images are constitutive of our understanding of culture, it is also true that we need to make an effort to accept constitutive images of other cultures. There is a potential conflict in projecting one’s self-evident facts unquestioningly into other people’s and taking them for granted there. To generalize sweeping statements is not helpful and can reinforce prejudices inappropriately and unnecessarily. To avoid any potential of conflict, Gabriele Münnix pledges for abandoning cultural essentialism—as if cultures were implied by the essential traits defining the spirit of a people (Volksgeist)—in favor of both the dynamical notion of culture that was introduced by Ernst Cassirer and the Humean notion of familiar similarity (Familienähnlichkeit) popularized by Ludwig Wittgenstein. The result is a comprehensive demonstration that in the future, with more knowledge about culturally different imprints, intercultural discourses on images can be conducted to perceive better what is intolerable in the image as the limit of what can be depicted in the image.